The mission of the Eleventh Judicial District and Magistrate Court Pretrial Services Program is to provide objective, accurate information to assist the court in the release decision-making process and to provide supervision and services that promote public safety and future court appearances.

The Goals and Objectives of the Eleventh Judicial District Court’s Pretrial Services Program is to maximize defendant release rates at the earliest possible time after arrest while minimizing failure to appear and danger to the community.  This is achieved through a continuous screening process and the supervision options made available to the courts.

The Pretrial Services Program provides extensive comprehensive information for the Judges when considering release that otherwise would not be gathered.  During the individualized release decision, Judges may consider, but are not limited to:

“In our society, liberty is the norm, and detention prior to trial or without trial is the carefully limited exception.”

The Eleventh Judicial District Court’s Pretrial Program was initiated by Judge G. Harrison and began operation in August of 1998.  It was originally funded by San Juan County in conjunction with the City of Farmington, New Mexico.  The method of operation and program procedures were first adopted from federal release programs.

The Pretrial Services Program, in collaboration with the Administrative Office of the Courts, has since evolved and is now available at both the District and Magistrate Court levels.  An evidence based Public Safety Assessment (PSA) tool, and supervision best practices have been adopted and implemented following NAPSA and NIC Standards, along with local stakeholder input. 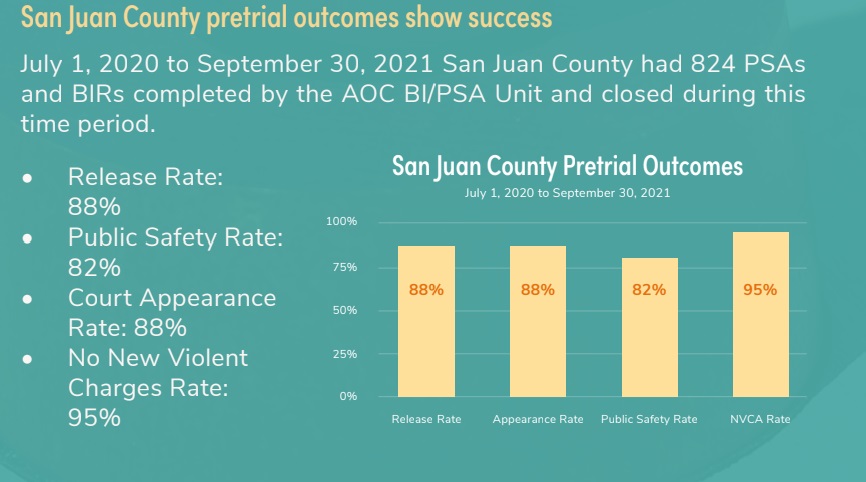 Mac Users: Safari may block pop ups on default. You can go to your Safari menu, preferences and then security to allow pop-ups.